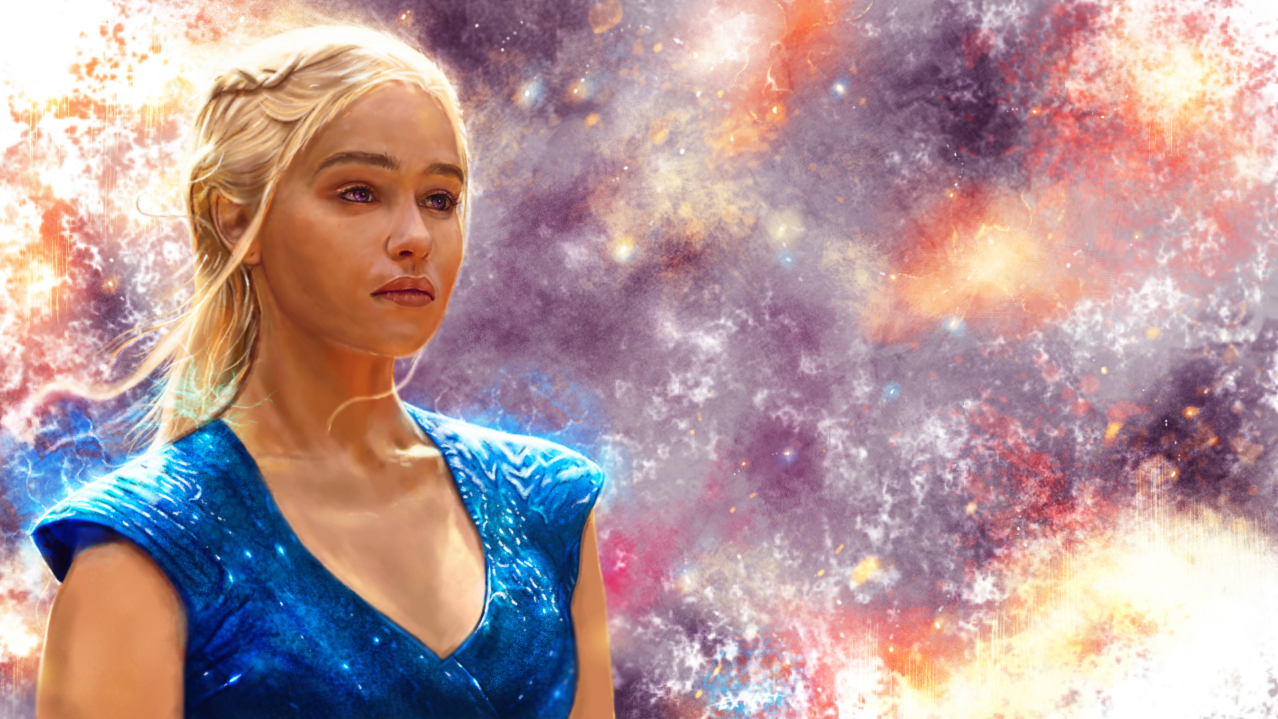 Game of Thrones is one of my favorite TV Serials ever and I like to share with you some amazing artwork I have collected.

The series is set on the fictional continents of Westeros and Essos and interweaves several plot lines with a large ensemble cast.
The first narrative arc follows a dynastic conflict among competing claimants for succession to the Iron Throne of the Seven Kingdoms, with other noble families fighting for independence from it;
the second covers the attempts to reclaim the throne by the exiled last scion of the realm’s deposed ruling dynasty;
the third chronicles the rising threat of the impending winter and the legendary creatures and fierce peoples of the North.

Game of Thrones roughly follows the storylines set out in A Song of Ice and Fire, set in the fictional Seven Kingdoms of Westeros. The series chronicles the violent dynastic struggles among the realm’s noble families for the Iron Throne, while other families are fighting for independence from it. As the series opens, additional threats emerge in the icy North and in the eastern continent of Essos.

Summers span decades. Winters can last a lifetime. And the struggle for the Iron Throne continues.

It stretches from the south, where heat breeds plots, lusts and intrigues, to the vast and savage eastern lands, where a young queen raises an army. All the while, in the frozen north, an 800-foot wall of ice precariously protects the war-ravaged kingdom from the dark forces that lie beyond. Kings and queens, knights and renegades, liars, lords and honest men…all play the ‘Game of Thrones.’

An original series based on George R.R. Martin’s best-selling ‘A Song of Ice and Fire‘ series.